BONITA SPRINGS, Fla, (Nov.21,2011) - Dr. Vivian Ebert, D.C., was honored as the dist chiropractic physician of the year in Southwest Florida by the Florida Chiropractic Association (FCA). Dr. Ebert received her award on Friday, Nov. 18 at the FCA's winter convention at the Naples Grande Resort & Club in Naples, Fla.

The FCA honors one chiropractor every year for outstanding contributions to the chiropractic profession in each of it's five regions. The FCA's board of directors makes the final selection. Dr. Ebert was chosen as the 2011 honoree out of approximately 1,000 members in the Southwest Florida region.

Dr. Craig Newman, D.C and president of the FCA, presented Dr. Ebert with the award.

Dr. Ebert currently serves as the president of the Collier Country Chiropractic Society, which she co-founded in 1989. She also co-founded the Naples Executive Women's Golf Association, and is an assistant golf coach for the girls at The Community School of Naples.

"Receiving this award from my colleagues is such an honor for me- I am so thrilled. I am grateful to work in such a wonderful and rewarding profession," says Dr. Ebert.

The Southwest Florida chapter serves as the local branch of the Florida Chiropractic Association, which exists as a professional and educational organization for chiropractic physicians in the state of Fla. The FCA has more than 4,800 members 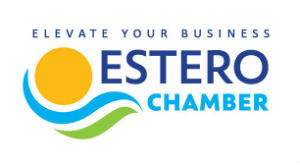 Why UsYour First VisitMeet The Doctor